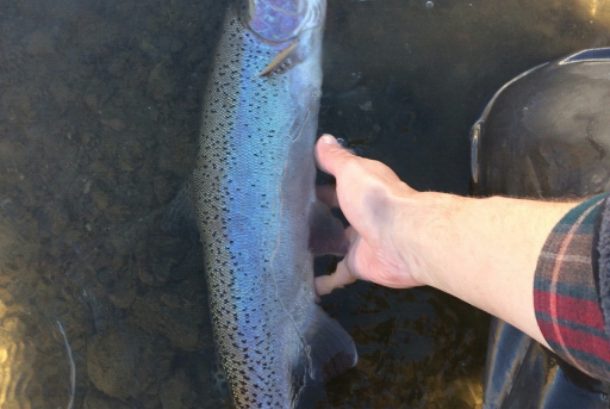 The Upper Owens has undergone a few changes since my last report. Weather has changed in the direction of winter, dropping the temperatures around the Mammoth Lakes area extending down to the grassy plains of the Upper Owens River. Hoppers can still be seen, but numbers are diminishing during the coldness of the nights. However, after eating the leggy creatures for a solid few months it seems that they still hold some residual memory of the big insects. The Upper Owens trout will still come up and eat a hopper for the time being, during the warmer parts of the day. Some of the anticipated big boys coming out of the lake have been spotted in the deeper holes of the river. We will have to see what this year holds as these this spectacular run of fish swims up the Upper Owens from Crowley Lake from now and forward. Stay tuned!